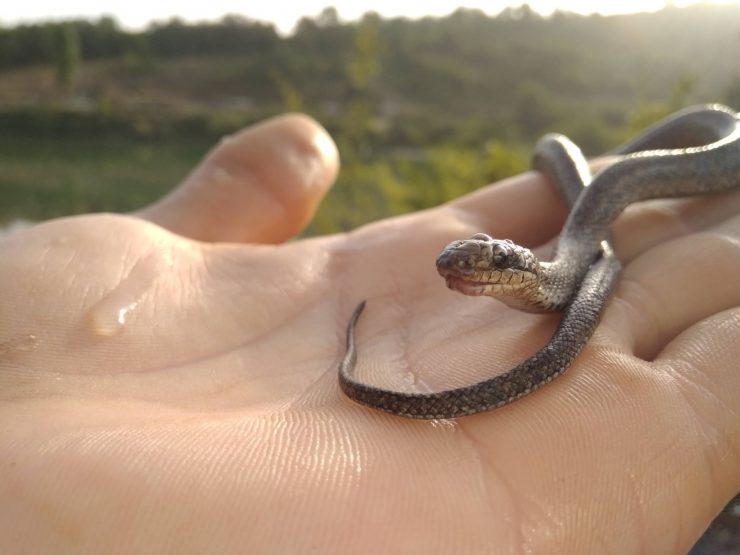 🇬🇧As a reward for experiencing several heart attacks during one trip of taxi, Qriz offered us picturesque views of the mountains which we adored. The Caucasus has enchanted us more than once – space, herds of sheep, numerous paths leading to ever more charming places, and finally the waterfall where the bravest of us decided to swim.
After long negotiations with the locals, who initially were not very willing to let us into their area, we managed to spend the night next to lake surrounded by a thick forest. It was worth the long talk – we prepared the breakfast in a large gazebo overlooking the prettiest part of the lake enjoying our time together with some local fishermen.
#Etap4