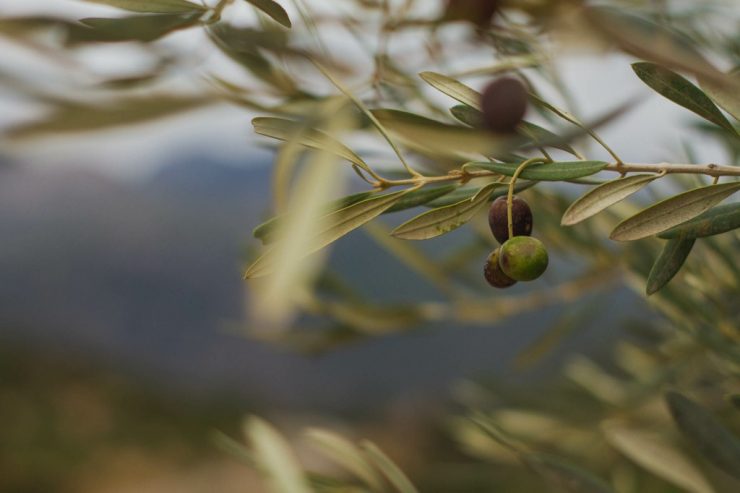 I have heard a lot about the blue walls of the city of Chefchauen. However, I did not know that the blue facades of the houses hidden among the hills will turn out to be for us a magical border between two scenes of Morocco. Intense, crowded and sometimes too absorbing version, and this one full of peace, freedom and beauty of nature!

In Chefchaouen, we finally found an apartment for rent, so we could cook vegetables with rice and potatoes for dinner together, and the boys served scrambled eggs with onions in the morning. There was also Moroccan tea in the Bike Jamboree version! The best thing about our new home was the view from the terrace. The hills reaching the stars and the sun descending from the guard were breathtaking, and we looked at each other with eyes wide with delight.

We also wiped them with amazement during our mountain trip. At KROSS we went to Akchour, located 30 kilometers away. The route of a thousand turns with each subsequent one proved to us that we came to a new world. Above all, the surroundings have changed – mountains have grown out of the flat desert terrain. Other vegetation also appeared with them. Shrubs and trees with hard leaves covered us, and the earth took on the color of the hot sun. Other people were passing by. Instead of Salut! or Bonjour we have already heard Hola! Women dressed in almost all the colors of the rainbow walked along the road, and the sombrera worn by them resembled some of the ramps that we were given to overcome 😉 The Moroccan women also wore something else. Infectious smile that competed with the surrounding landscape with beauty.

What would you write here? There was hot Spain in the gusts of wind 🙂
The trip to Akchour (where there are beautiful waterfalls and God’s Bridge) and the way back turned out to be also an ideal symbol of what is going on. We did not thoroughly check the information and did not know that a walking path leads from the park entrance to the waterfall, which is covered in two hours. So we walked a bit with Monika, but we could not see the main attractions, because we would not be able to return before dark. But you know what? Although of course we were a bit pity, the whole majesty of the route grabbed our hearts so much that at the end of the day the waterfalls did not matter so much. In my opinion, travel is primarily about the road itself and the great companions with whom it shares its admiration. And we stopped every now and then to take pictures or shake our heads, as if we wanted to shake the excess of admiration from her 😉 Because really, some views meant that the mind needed more time to digest their uniqueness.

A trip to the mountains turned out to be probably the best bike day, but if it wasn’t – it gave us a bit of a bone. For this reason, the next day we did the long-awaited and well deserved lazy day. There were no alarm clocks that day (though it was very good to hear the calls from the minarets 🙂), and we walked peacefully along the winding turquoise paths of the medina. And again, the beauty of the environment did not allow to hide the camera in the backpack, because almost every corner was waiting for the perfect frame. Photography enthusiasts really have a hard time in Chefchauen! 😉
After spending 3 beautiful days, we left the blue city, heading towards Tetuan. But Wojtek will tell you about it 🙂