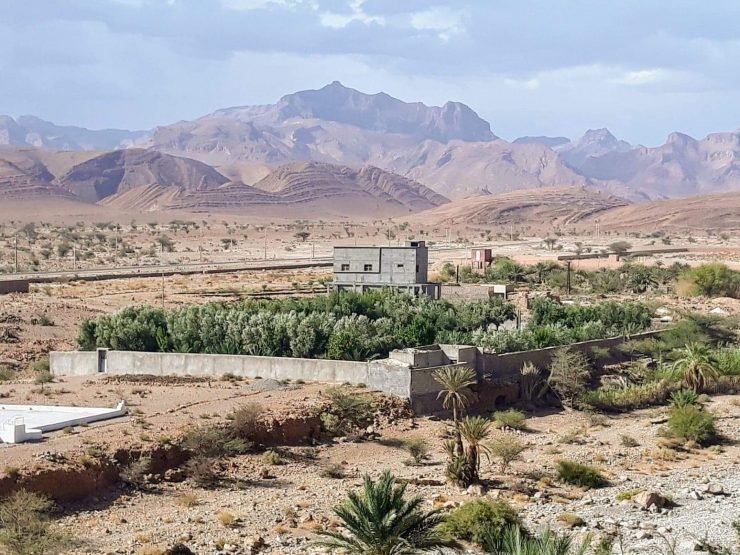 6:48 Foum Zguid – our southernmost point of the route. I am sitting by the pool of a luxury tourist hotel. Dawn, the water is humming, you can hear bird trills, roosters roost in the distance, flies fly on me, it’s 32 degrees C.
The last 3-4 days have passed under the sign of the fight of my body with the surrounding atmospheric conditions. I have acute pharyngitis, completely collapsed sinuses, a day ago I beat a sunstroke with a strong intoxication of the body with some local bacteria (diarrhea, torsions), and in the mountains for two days in a row dull toothache killed me. A nightmare, but it’s worth it, it’s always been worth it …
And I do not want to specifically shock the reader with my own pain or sacrifice (I do not mention the diseases of other participants out of chronicle decency) but only show the realities appropriate for travel.
“Overhard adventure for mad people” is what Leszek described in three words. And probably actually. There are no tourists in Morocco at this time. It’s too warm. After a week here we didn’t meet any European! After 12:00 every day, the sky is so hot that you can’t stand it for more than half an hour standing still.
Meanwhile, when it comes to distance, we have covered over 300 km in the last 4 days. First, we drove a kilometer up (altitude about 1,700 m above sea level) and 40 km forward to the town of Ighern. There, to our surprise, in the late afternoon we witnessed a 4-hour downpour that completely paralyzed the city and cut it off from the rest of the world. The problem with downpour in Morocco is the hardness of the soil, in which the water does not absorb at all during precipitation. Giant rushing streams are formed everywhere in a second. On the slopes of the mountains, in the Uedas – dry riverbeds, on city streets. Streams that roll enormous masses of water taking everything in their path. Unfortunately, as we learned the next day, the water also took the lives of a dozen unfortunates who just unfortunately found themselves on the terrace of buildings standing on the road flowing down the cascade.