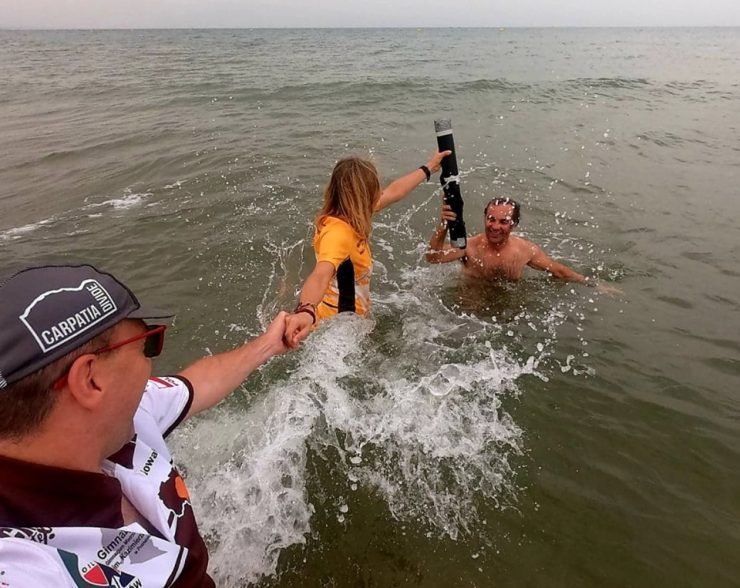 The meeting in Agadir

🇲🇦🇵🇱🇺🇸 The meeting in Agadir 🇲🇦🇵🇱🇺🇸
Zbyszek came out of the ocean.

On the bottom of the Atlantic, the relay rod came from the United States. He gave the #stage30 of our relay race in New York next to the Statue of Liberty. Although the relay rod reached Africa, the Moroccan coast on that day was completely unlike the sweltering desert climate that was to be expected at this place and time. It was cloudy, windy, pleasant and gentle.

And the day before, Zbyszek was assembling the first KROSS bikes completely disassembled. Four brand new two-wheeler Trans 10.0 trekking models arrived compressed and folded in two cartons each with Air Arabia Maroc airlines from Cologne, Germany. Manuela, Mirko and Piotr flew with them. They also mounted.
Three days earlier Dominika and Monika had landed in Marrakech, which had already covered the distance to Agadir on bicycles and which had warmed up to temperatures of around 40 degrees and a sandstorm at once.

Leszek was the last to arrive. Straight from the finish line of your Carpatia Divide cycling extreme. Smiling, panting, tired but happy.
That’s how we were together – compact and ready to start our new African cycling adventure.