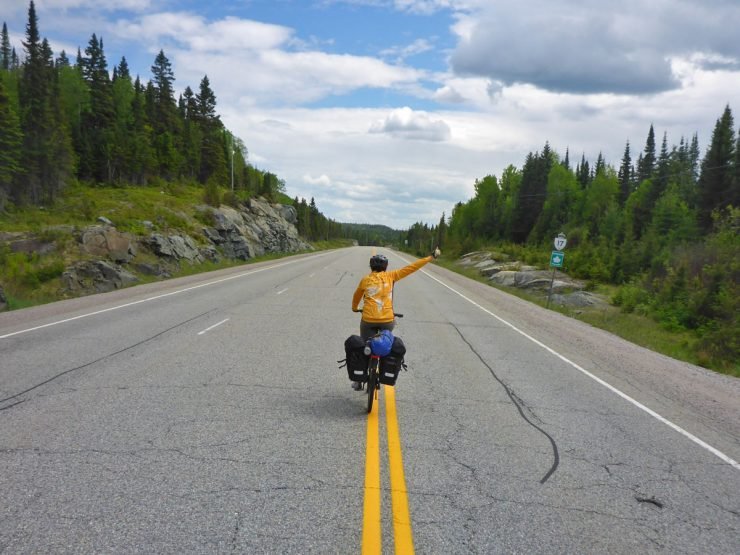 After leaving Pukaskwa National Park, crossing the Black River, overnight on White Lake we arrived to White River. On Lake White it turned out that near us at night the bear was eating fish straight from the lake. White River, in turn, is famous for its honey-teddy bear – it is a city… of Winnie the Pooh. This is where his story began.

In the White River in 1914, a Canadian branch stopped for the front of the First World War. Captain Harry Colbourn bought a small black bear here, whom he named Winnie from Winnipeg, his hometown. Teddy bear went to Europe with his unit, he went to the London zoo, where he was visited by the little Christopher, son of the writer A.A. Milne. That’s how Winnie-the-Pooh was born. We are inclined to believe this story because elsewhere like not Canada there are real hundred acre forests 🙂

Meanwhile, we are reporting from Wawa. Not that we would get so fast and have already arrived in the capital of Poland – Wawa is in the dialect of the Ojibwe people “goose Bernicla” and in the town with the name, over which the statue of this graceful bird towering after almost 600 km, we stopped where we were phenomenally treated by Poles – Teresa and Marek Kozik, leading The Best Northern Motel. That’s all news for the moment – next probably from the CAN-USA border. Now it’s time for pancakes with maple syrup