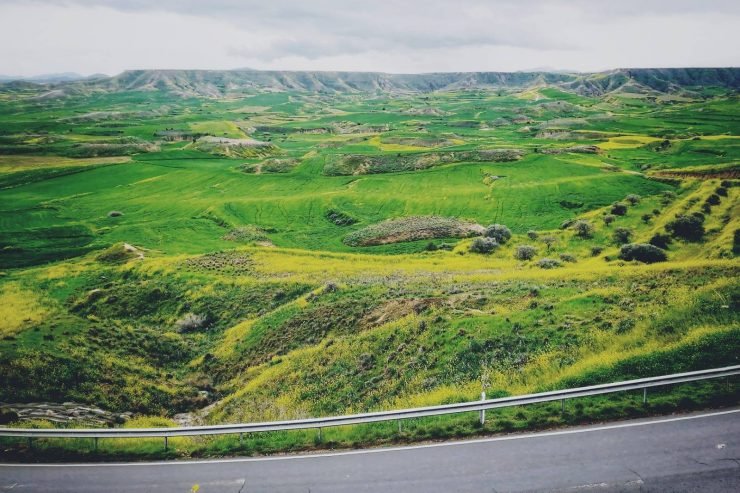 The castle of Montezuma.

March 4th – Camp Verde – Sedona, 50km, 815m surplus
https://strava.app.link/EOurpJwcPU
We met an Native American at the campground who luckly pointed us to the castle of Montezuma. These are the ruins of the Inca puebla abandoned for unknown reasons around 1400. 🧐 From there we went towards Sedona. The road stretched mercilessly until the first of the red mountains appeared to our eyes. The view is so captivating and mesmerizing that the rest of the route passed by when it did not appear, and on the way there were other amazing mountains and rocks in their shapes and colors. 😳
Unfortunately, in Sedona, it turned out that there is no option for the legal camping, it is forbidden in the whole area, the prices of rooms exceed our budget possibilities and it is too late to look outside the city because it started to get dark. So we crashed in the dark sheltered from vegetation rangers at the top of Schelda Hill. 🏕

March 5th – Sedona – Flagstaff, 52km, 1050m surplus
https://strava.app.link/LWu1KWycPU
We gathered our illegal camp right after sunrise, so as not to provoke fate and guards … 🤫
Our plan for this day was to drive halfway to Flagstaff. Unfortunately, it turned out that all camps are closed until May, and there is snow all around, so it’s not very smart to camp wild in the cold. In this way, our 2-day plan turned into 1-day. From my point of view it was the most demanding route. For two reasons. First of all – I focused only on half of it and I used my physical and emotional strength too fast 🤣 Secondly – just after half, when these forces were already finished, the next bend revealed a “murderous mountain” appeared. For a moment I was hoping that I just have to go around it, but soon my hopes were ruined because I saw Ania hapily cycling on top of it 😆😆😆 In Flagstaff it turned out that also here all the campings are closed, so we decided that after such an effort we deserve a hot shower and instead of a wild camp, we overnight in the beds in the motel 🛏🛏🛏🛏🛏

March 6th – Flagstaff
We have a day of rest, so rest, visit Down Town and Route 66 🤩