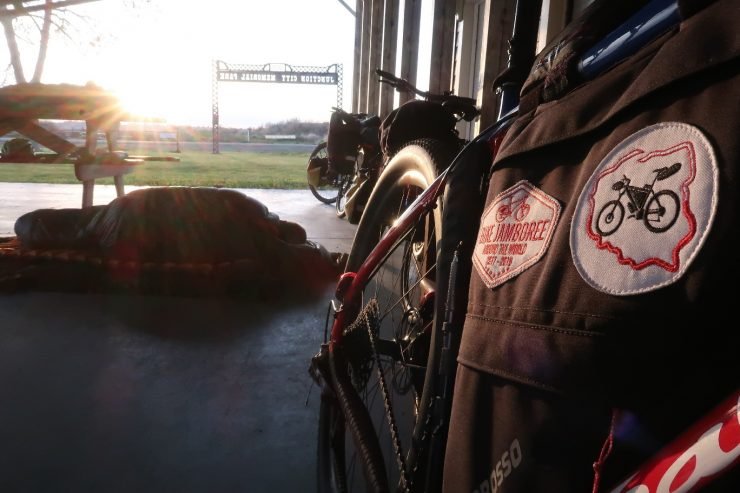 🇺🇸 #stage27a reports that yesterday late in the evening, after a 140km battle with the wind, we reached Theodore Roosevelt National Park. There will be a moment to catch up with the reports.

But let’s go back to where we last wrote – Custer. Montana guarantees sunny days from the very beginning. The average temperature during the day is 33 ° C. Such heat would not be a problem for us if there was a place to hide in the shade.

From Custer we went to Forsyth. The plan was to drive partly with asphalt and partly with gravel. Unfortunately, this second section of the route was excluded from traffic, as informed by the local Constan rancher and recommended driving on interstate I-94. There was a slight hesitation, because it is not possible to ride a bike on the highway anywhere in the USA, but it is possible in Montana.

We set up the camp in a city park on the Yellowstone River. We quickly learned at night that this is not an ideal place to rest after a day of pedaling. The freight railroad line ran nearby, after which the trains ran all night, and the drivers themselves did not limit themselves in using sound signals.

In the morning we ate a very calorific breakfast and then we moved on. That day the plan was 144km drive, including 48km after the gravel to the city of Terry, but after 104km in the hot day we ended the day in Miles City, where we still had a little strength to do the laundry in the public laundry.

Time to end, you have to go further. To the next…