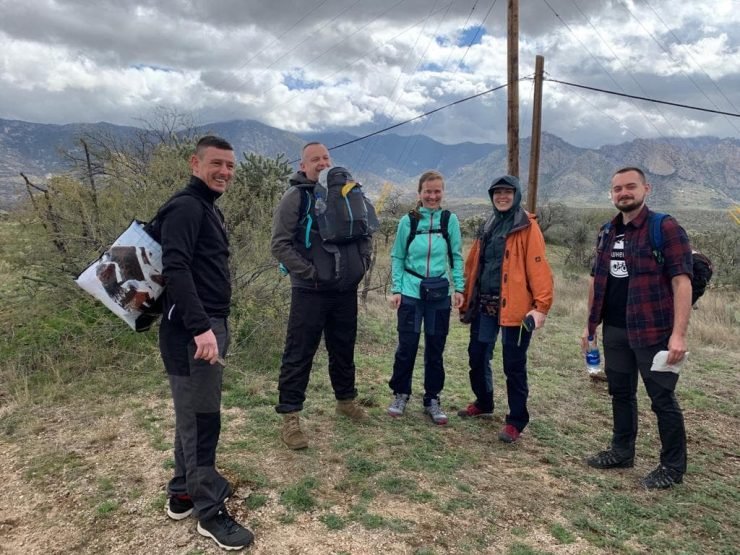 We spent the weekend February 16-18 at the Ore Valley

We spent the weekend February 16-18 at the Ore Valley waiting for the last bike. On Saturday, the water was still high and the rangers did not let anyone in to the campsite, where all our things were left. We decided to go to them from behind through the mountains, such a few-mile walk. 🚶‍♂🚶‍♀🚶‍♂🚶‍♀🚶‍♂ As soon as we got there quickly, we got lost only a few times on the country’s off-roads and we could start embracing and preparing our equipment for the road.
On Sunday, the water was already low enough to let people leave the park and trapped in it. In the afternoon, however, a storm threat was announced on Monday morning and another closing of the road. Our saviours and hosts Aggie 💖💖💖 and Bart 💝💝💝 took us in for the next day and night so that we would not stay in the park for the next days.
On Monday, we finally got a longing bicycle. The guys have eliminated all hardware defects and we were ready to go. Once again, a lot of thanks and gratitude for everything for Aggie and Bart #stage23a, without whom we would be in… big trouble

😀
The relay baton is given to us and here we go!!!