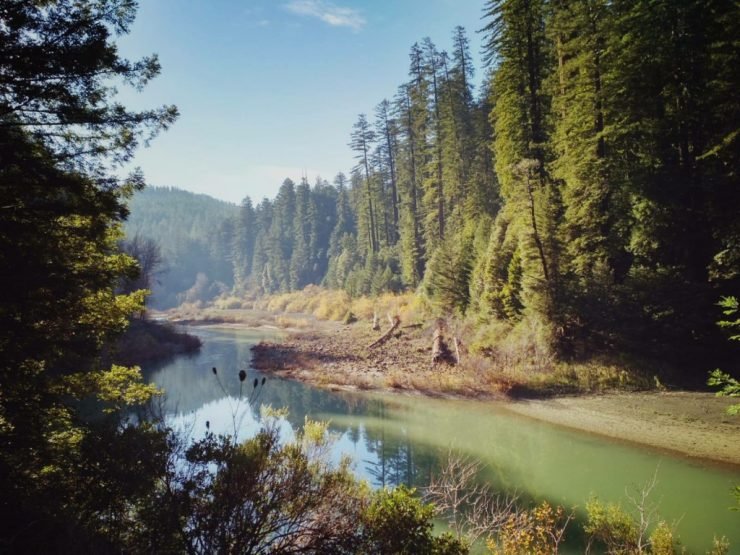 Avenue of the Giants

Route 101 led us well into the forest 🌳🌳🌳. We took a bit of the ocean and drove back to the highest trees in the world, driving “Avenue of the Giants”. This can not be described, the jaw drops to the very chain! 😲🌴🌴🌴🌴
The weather has recently taken command of our route. The fight for dry sleeping has never been so fierce. But seriously, it’s not a fight at all, it’s quite easy for us. This is the personal charm of the team. Or pity … We crashed recently on the gazebo of firefighters. 👨🚒 Emilka lit a fire from wet wood with just one match (#ZHP scouting skills 💪), so gentlemen with canister with gasoline to start controlled fires were not necessary;) Potatoes, pride, socks dried, insoles melted meaning – successful campfire! 🔥
To avoid riding in the rain, we are able to do 300% of normal and pedal even on Saturday. 🚴♂🚴♀🚴♀🚴♀🚴♂ On Sunday, the storm came, as promised, but we are watching it from behind the windows of a century-old villa. 🏰
The last straight line to San Francisco is ahead of us. The further route is subject to constant modifications. Let’s jazz

Parent’s corner:
Karolina’s fingers hurt from changing gears. Daniel caught lumbago, but unfortunately it is still not because of the wind in the back. Luke got a qat and wiped his watch. Olga and Emilka has no pain, but they probably fell in love, because they sometimes mention some Achilles. It will all pass away, fame will remain! 🤡